Dr. David G. Durham is a licensed Chiropractor who was born and raised in the Edinburg community. He has been affectionately known as “Doc” since very early in his childhood because his father was the Edinburg Chiropractor for many years (1960-1998). He graduated from Edinburg High School in 1984 and then spent four years in the United States Marine Corps as a combat engineer before pursuing studies in Chiropractic. Dr. Durham graduated from Palmer College of Chiropractic in Davenport, Iowa, in 1998.

Dr. Durham is committed to igniting the body’s innate ability to heal itself within every patient. In doing so, he uses a “whole person approach” to wellness which involves identifying the root cause of interference (which may or may not be causing symptoms . at the time) and then adjusting the spine to help restore the body to normal nervous system function. Dr. Durham looks forward to guiding you on your journey to optimal health. 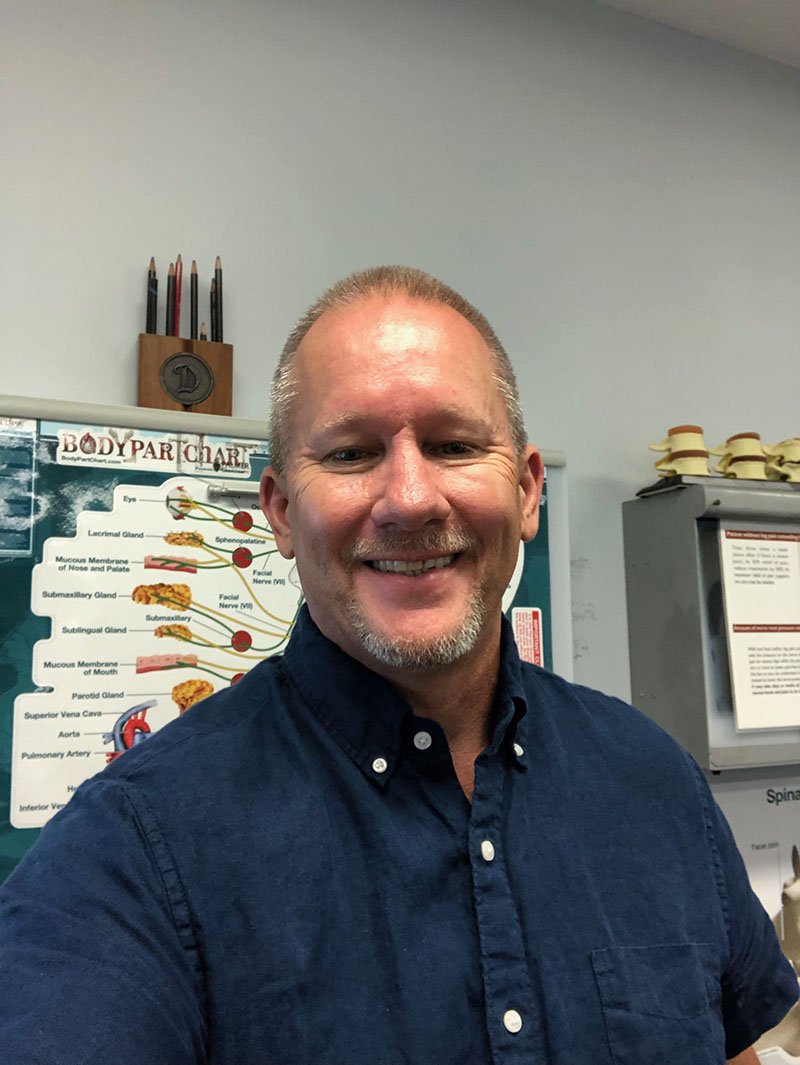 Our Philosophy, Mission, and Vision

At Durham Chiropractic, we believe that everyone deserves to achieve their optimal state of health. We trust in the power of innate intelligence to heal the body. We believe in chiropractic to remove interference within the nervous system, thereby allowing innate to flow freely.

To inspire our community to become active participants in their health journey and discover optimal wellness through exceptional chiropractic care.

Every person on Earth is checked for vertebral subluxations and adjusted when necessary, beginning at birth.